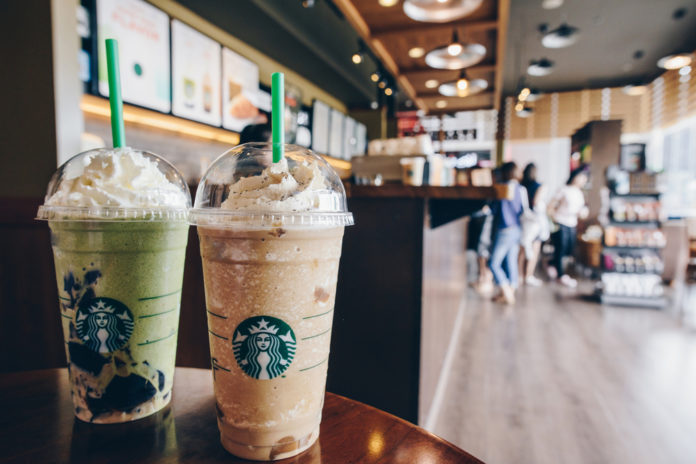 The Starbucks menu is extensive, with each drink choice looking as good as the next.

So if wondering what to order at Starbucks, here are some of the best Starbucks drinks!

10 of the Best Starbucks Drinks

The vanilla latte can be one of the best Starbucks drinks to order to keep health goals in check.

And not to mention, all while satisfying the desire for a crafted coffee!

How to Healthify: Healthifying the Starbucks Vanilla Latte can be achieved by simply swapping to sugar-free vanilla syrup!

The “white chocolate delight” may be one of the best Starbucks cold drinks based on flavor.

However, the Iced White Chocolate Mocha contains two different sweetening methods, including the white chocolate mocha sauce and vanilla syrup. This totals to a whopping 49 grams of sugar per 16 ounces.

How to Healthify: Ask for less white chocolate mocha sauce and swap to sugar-free vanilla to reduce overall sugar content.

The Pumpkin Spice Latte, or casually and more commonly known as ‘PSL,’ is one of the most popular Starbucks drinks. And made with real pumpkin, cinnamon, ginger, and clove, what is not to like? (Besides the 50 grams of sugar…)

How to Healthify: Limit the pumpkin spice sauce filled with sugar and ask for more of the pumpkin pie spice. But since considered a limited edition holiday drink, you can still enjoy the PSL in its traditional, unchanged form. Simply downsize the original while relishing on the fall flavors in moderation.

One of the best Starbucks cold drinks is described as “Cinnamon dolce syrup blended together with coffee, white chocolate mocha sauce and vanilla bean, topped with whipped cream and a cinnamon dolce sprinkle. Sweet and spicy … That’s how we roll.”

So, should you be “rolling” with the blended coffee drink? Containing a whopping 85 grams of sugar per 16-ounces, you may want to think twice about the cinnamon spice.

How to Healthify: Limit the added sugar by switching to their offered sugar-free cinnamon dolce flavoring or reducing syrup pumps. Also switching to this Iced Skinny Cinnamon Dolce Latte, supplying only 10 grams of sugar!

Mocha sauce and Frappuccino® chips are blended with coffee, milk, and ice. Then, baristas top with whipped cream and mocha drizzle and to bring you endless java joy!

While it may be joyful at the moment, keep those java chips flowing and weight can easily pack on.

How to Healthify: Order up a Java Chip Light Frappuccino® Blended Coffee from the Starbucks menu. The blended coffee “a lighter chip off the original java block” and uses more ice, nonfat milk, and light Frappuccino syrup. It equates to 40 grams of total carb compared to the original at 72 grams.

For those chocolate lovers, the hot chocolate is described as “Steamed milk with vanilla- and mocha-flavored syrups. Topped with sweetened whipped cream and chocolate-flavored drizzle.”

How to Healthify: Opt for a shorter size and swap whole milk with nonfat milk. Also, dismiss the whipped cream and ask for a lighter drizzle of the chocolate atop.

Do not be blindsided by the marketing of green tea, though. The ingredients feature two different syrups and supplies 65 grams of sugar per 16 ounces.

How to Healthify: Reduce the pumps of syrups. Opt for a Teavana® Shaken Iced Green Tea, supplying 11 grams of sugar per 16 ounces as well.

The chai latte is black tea infused with cinnamon, clove, and other warming spices. It is combined with steamed milk, all topped with foam for the perfect balance of sweet and spicy!

How to Healthify: Match the desirability of the Chai Latte by ordering a Lightly Sweet Chai Tea Latte. Doing so reduces sugar content by 11 grams!

The temptation of Starbucks Caramel Cocoa Cluster Frappuccino® Blended Coffee stands in its title. And the attraction only magnetizes with its narrative of “a flavor collision of chocolate, nuts, and caramel.”

How to Healthify: With such specific flavors of the drink, it is difficult to cut corners without compromising flavors. Ultimately, ask to reduce the additions of all syrups and sauces, while further reducing calories by switching to nonfat milk.

When life gives you lemons, do you sip on Lemon Bar Crème Frappuccino® Blended Crème?

While it may be one of the most popular drinks based on its refreshing appeal, Starbucks gave it more than lemons. In fact, the cold beverage contains 55 grams of sugar from crème Frappuccino syrup, vanilla syrup, and a caramel sugar topping.

How to Healthify: Lessen the sugar content by switching to the sugar-free vanilla flavoring and reducing other syrups and sauces. Or, relish on the energizing flavor of lemons (without any sour feelings) with a Teavana® Shaken Iced Black Tea Lemonade.

The Pros and Cons of Eating Meat

Understanding the Nutrition & Ingredients of the Impossible Burger 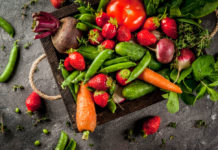 8 Reasons You Should Be Sipping on Fire Cider

The 8 Wonderful Benefits of Pomegranate